When the coronavirus pandemic hit, Voicescape client, South Tyneside Homes, began working in partnership with South Tyneside Council’s shielding hub as well as other support services such as Age Concern to identify the most vulnerable in their community. With Voicescape, they were able to use the Emergency Contact Module as an efficient method of mass contacting tenants to ascertain whether any support was required. 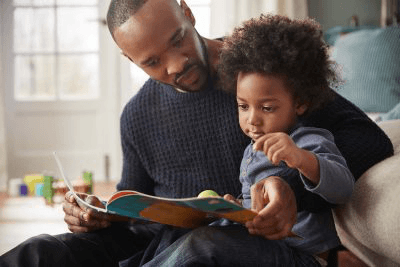 South Tyneside Homes had employed a similar programme during the 2018 severe weather event known as the Beast from the East. This activity was carried out manually, however, by a large number of housing and contact centre staff – each taking lists of 25 customers at a time.

When lockdown was enforced, they knew that they needed a more efficient way to roll-out the new initiative. It was critical that contacting customers to check on their welfare didn’t impact on an already depleted service.

The association was thus able to determine who required support, as well as establish those who did not, with minimum impact on other services in the organisation.

Tenants who indicated they required support were redirected to the response team, who either provided advice and guidance or signposted them to another relevant service.

Without Voicescape technology, South Tyneside Homes would not have been able to identify and assist the tenants who needed emergency support as efficiently and effectively.

The deployment of the module has allowed South Tyneside Homes to support customers while freeing up staff time to focus on higher level tasks that benefit from skilled human intervention, as well as other areas in the organisation.

“The service continues to be appreciated by our customers… One lady was so touched and grateful after our call – she had been so upset on the phone and had no hot water. A response team member helped her log a repair, and rang her back to inform her they would be out within 4 hours. She was still crying and couldn’t thank us enough. This was then passed to her neighbourhood officer to check in on the customer later in the day.” Customer Response Team Member


Developing Products With Customers for Future Use

Towards the end of June, Voicescape implemented a number of small changes on behalf of South Tyneside Homes to the messaging within Emergency Messaging Module, giving the customer the opportunity to opt out. Only 25 have done so.

South Tyneside Homes also requested an amendment to the back office of the module to allow for greater ease of use. This included automatically contacting batches of customers with multiple numbers in an effort to maximise the contact rate and, at the same time, reduce manual calls to the other numbers.

As the organisation winds down their response to the pandemic, the module will be repurposed to allow for emergency responses in the future. This will become an essential part of the housing association’s communication with customers while reducing pressure on customer service and front-line housing teams.

“We have received two formal compliments from customers showing their gratitude and appreciation for the work we have done to support residents during these difficult times. Given the feedback received from our tenants, it is clear to see the support we have offered has been valued… even just a 5-minute interaction with a person has generated positivity as well as reassurance in knowing South Tyneside Homes are here to help in any way we can.” Customer Response Team Member

Want to see how Voicescape technology could help your housing association? Get in touch

Are You Prepared For The New Tenant Satisfaction Measures?

The long-awaited tenant satisfaction measures (TSMs) have been finalised, and social housing...
Read more
View all